Last weekend, a terrible tragedy devastated the AstroWorld festival, where the famous rapper Travis Scott made a concert. After this accident, Epic Games suspended the sale of the emotion of this same artist within its Battle Royale, Fortnite.

Emote refers to a song from the famous rapper The Emote in question is known as out West, a gesture that refers to a Travis Scott song. Along with all available objects in the daily session within the title store, now no player can access these cosmetics.

Epic Games responded to the situation mentioning that they are aware of this suspension. This is intentional and the Daily section will return with the next update of the Object Store. Although they did not enter into specific reasons, reason is clearer than it seems.

The AstroWorld festival, in case you do not know, it is an outdoor music event, carried out at the NRG Park in Houston, Texas. Last weekend, during the first day of this event, the crowd started push the spectators who were enjoying the music of Travis Scott in front. The shock of people was such that dozens of them were seriously injured, with at least 8 deceased at the time of this wording. 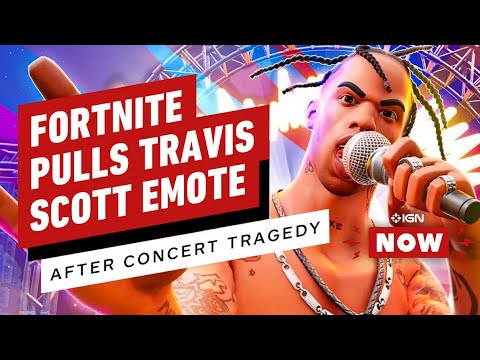 What was the reason after this accident? There is still no official statement, but about 50,000 people were confirmed at the time of said tragedy, with all exhausted entries. Because of this, the rest of the AstroWorld festival was canceled.