LOL - The symbolic change with RNG's victory in MSI 2022: Faker is no longer the best in everything

The phrase " Faker is the best player in the history of League of Legends " could never put a but. Since he began his career, the Korean has achieved more trophies than anyone, surpassing in all records any possible competitor in the big leagues. In the worst case, the MID LANER tied for palmarés with some other player. It was the situation with Xiaohu and ming in relation to the MSI and it is with the ex-partner of his Bengi if we only focused on world championships. However, the title recently conquered by RNG has changed the story.

Faker no longer leads all records 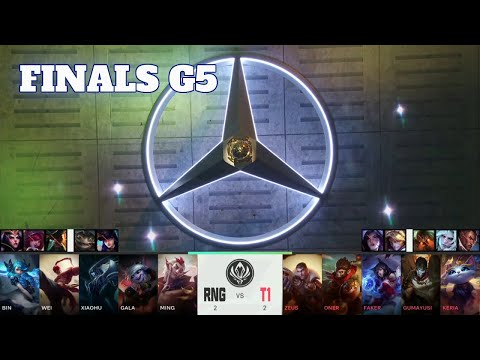 For the first time, Faker and T1 are not at the forefront of the record in any of the official competitions in which they participate. RNG's triumph in the fifth map of the MSI 2022 final has made the title go to China and that Royal Never Give Up gets his third half-season trophy. The LPL Club has won it in 2018, 2021 and 2022. A feat that allows it to overcome the legacy of the historic of those who were today its rivals, which only achieved two victories in the years 2016 and 2017.

As for Palmarés General, Faker is still far ahead of any competitor . Even Xiaohu or Ming, who have played the three MSI won by Royal and can presume to overcome the Korean in this section, have not managed to win any world title and do not approach the ten regional T1 championships and their star player. In that sense, the legacy remains practically intact, but a first historical change is marked in the medalmen of the Legends competitive legends.

Although is only a symbol , with it the historical change of League of Legends is ratified. Korea is no longer the best region indisputably and, in fact, he has barely been able to raise titles in recent years. The same goes for Faker. We still catalog it as the best player in history due to the wide palm and long career of him. However, he has long since ceased to be the great dominator of the games and is not considered the best in the world.